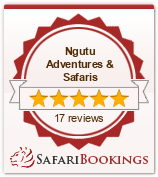 Located in Tanzania, Mount Kilimanjaro is Africa’s tallest mountain at about 5,895 meters (19,340 feet). It is the largest free-standing mountain rise in the world, meaning it is not part of a mountain range.

Also called a stratovolcano (a term for a very large volcano made of ash, lava, and rock), Kilimanjaro is made up of three cones: Kibo, Mawenzi, and Shira.

Kibo is the summit of the mountain and the tallest of the three volcanic formations. While Mawenzi and Shira are extinct, Kibo is dormant and could possibly erupt again. Scientists estimate that the last time it erupted was 360,000 years ago. The highest point on Kibo’s crater rim is called Uhuru, the Swahili word for “freedom.” The mountain is also known for its snow-capped peak; however, scientists warn that the snow might disappear within the next 20 years or so.

In 1889, German geographer Hans Meyer and Austrian mountaineer Ludwig Purtscheller became the first people on record to reach the summit of Kilimanjaro. Since then, Kilimanjaro has become a popular hiking spot for locals and tourists. Because mountaineering gear and experience is not needed to reach the peak, tens of thousands of climbers ascend the mountain each year. The climb is still dangerous, however, because of the risk of altitude sickness—a condition climbers experience if they ascend too quickly, which can be deadly if not treated right away.

In 1973, the mountain and its six surrounding forest corridors were named Kilimanjaro National Park in order to protect its unique environment. The park was named a United Nations Educational, Scientific and Cultural Organization (UNESCO) World Heritage site in 1987. A variety of animals live in the area surrounding the mountain, including the blue monkey (Cercopithecus mitis).

Kibo Peak - The Tallest of Volcanoes:

Kibo is the tallest of the volcanoes:

Did you know Kilimanjaro is made up of three different volcanoes? Or that it’s the tallest freestanding mountain on Earth? You might dream of the summit, but don’t be surprised if the Barranco Wall becomes your favorite part of the mountain. Kilimanjaro is full of surprises large and small – multiple peaks that will be your backdrop, glaciers and cliffs that will leave you speechless, climate zones that make your trek an ever-changing journey.

Kibo is the tallest of the volcanoes. It rises above two other peaks: Shira to the west and Mawenzi to the southeast. Kibo is dormant, while Shira and Mawenzi are extinct. Scientists expect no volcanic activity anywhere on Kilimanjaro in the foreseeable future.

Mawenzi is the second-highest peak on Kilimanjaro, standing at 16,890 feet. Trekkers get a great view of Mawenzi toward the end of the journey because the most popular summit routes snake up the eastern side of the mountain.

Shira is the shortest “peak” at roughly 13,000 feet in elevation. It was once higher but collapsed to its current height thousands of years ago, creating the bowl-shaped Shira Plateau. Each of our preferred routes, except the Umbwe Route, trek the Shira Plateau within the first 3 days of the climb.

Kilimanjaro is very popular with both experienced hikers and first time adventurers because it is considered to be the easiest of the seven summits. Scaling the mountain requires no technical skills or equipment, such as rope, harness, crampons or ice axe. Therefore, it is a hiking or “walk up” peak, not a mountaineering or climbing peak.

At roughly 15,200 feet in elevation on the western side of mountain, the 300-foot Lava Tower looms. The rock formation was created by a volcanic vent long ago. Trekkers with technical mountaineering skills and equipment used to climb Lava Tower, but park officials have since banned the practice. Now, it’s simply a favorite sight for trekkers on the mountain.

Trekkers still climb this 800-foot cliff that rises over the Barranco Valley to the southwest of Uhuru Peak. The Barranco Wall is simultaneously one of the most difficult and one of our guests’ favorite portions of the climb. Machame, Umbwe and Western Approach trekkers use their hands and legs to “scramble” up the rocky slopes – no technical equipment or expertise required.

You may see a few different glaciers while you trek around the rim of Kibo. The first will likely be the Rebmann Glacier, which is part of the Southern Icefield. Keep an eye out when you pass Stella Point on your way to Uhuru Peak. If you’re lucky, you’ll see this wall of ice standing in the distance down the mountain opposite the crater. You likely won’t get that close to it, though.

If you have your heart set on a close encounter with one of the few glaciers in Africa, Furtwängler is your best bet. This wall of ice is a short distance from Crater Camp inside the caldera on top of Kibo.There are other glaciers on top of Kilimanjaro that few trekkers travel to. Regardless, if the weather is clear on Uhuru Peak, take a gander past Furtwängler for a view of the Northern Ice Fields.

On your certificate for climbing Kilimanjaro, you’ll notice three different elevation points, which mark notable areas on the mountain.